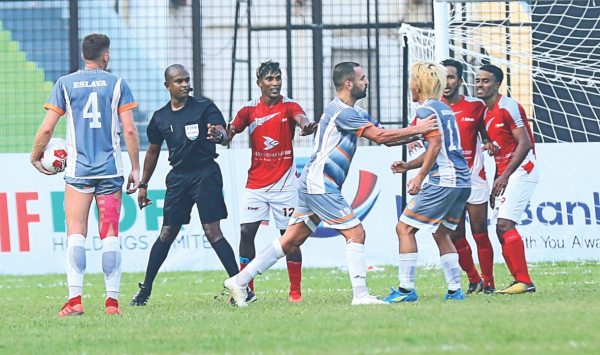 The 3-2 victory kept the Bangladesh Premier League champions in race for the last four, but the victory became a secondary issue after Chennai City’s assistant coach Satyasagara alleged the referee of biased officiating as well as racism.