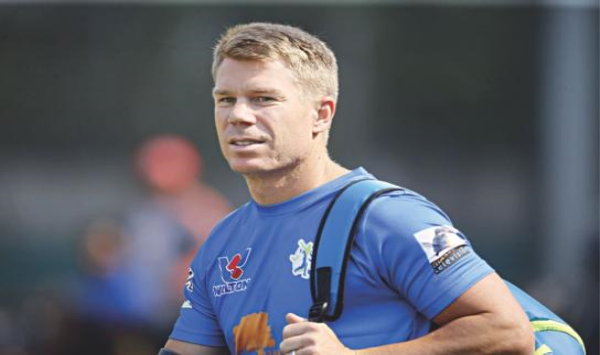 David Warner emphatically bounced back to form with a first-ever T20 century as Australia crushed Sri Lanka by 134 runs in their opening match of the series in Adelaide on Sunday.

Birthday boy Warner clubbed an unbeaten 100 as he powered Australia to a massive 233 for two, aided by century stands with skipper Aaron Finch and Glenn Maxwell.

Sri Lanka limped to 99 for nine from their 20 overs in a meek response, with leg-spinner Adam Zampa capturing three for 14.

Coming off a dismal Ashes campaign in England, Warner plundered his ton off 56 balls with four sixes and 10 fours, reaching his hundred off the last ball of the innings.

The ton on his 33rd birthday was complemented by blistering half-centuries from Finch and Maxwell, as the Australians ripped into the Sri Lankan bowlers -- with Kasun Rajitha’s 0-75 off four overs proving the most expensive figures in a T20I.