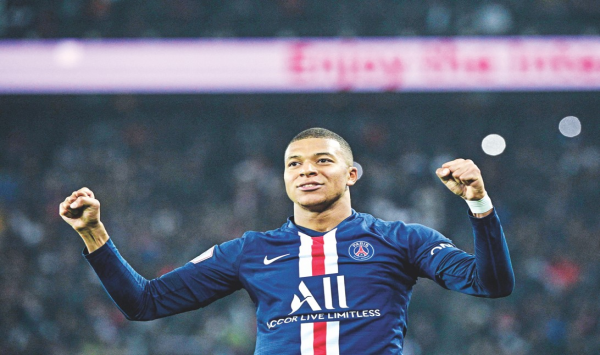 Mauro Icardi and Kylian Mbappe both scored twice as Paris Saint-Germain demolished Marseille 4-0 on Sunday in a game that further laid bare the gulf that exists between the sides and allowed the reigning champions to extend their lead at the top of Ligue 1.

Icardi scored twice in the first 26 minutes at the Parc des Princes and Mbappe, on his return to the starting line-up after a recent struggle with injury, added a brace of his own before the interval against Andre Villas-Boas’s hapless visitors in the ‘Classique’.

Mbappe, scorer of a hattrick in the 5-0 win at Club Brugge in the Champions League in midweek, has six in his last three matches -- he scored a hattrick as a substitute in Belgium before starting here for the first time in two months.

PSG are eight points clear already at the top of Ligue 1, with this win coming after second-placed Nantes lost 1-0 at home to Monaco on Friday.