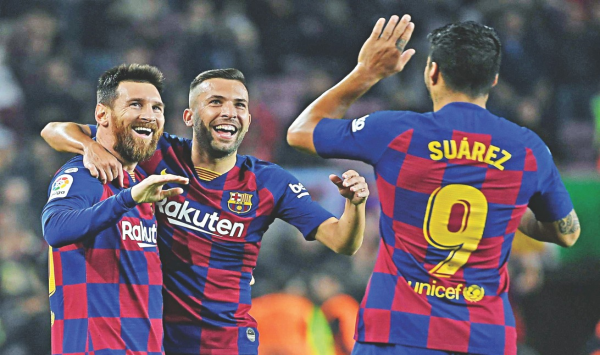 Messi back to his best

Lionel Messi made it clear he is fit and back to his scintillating best by tearing apart Real Valladolid on Tuesday in a thumping 5-1 victory for Barcelona.

Messi scored another spell-binding free-kick at Camp Nou after his sumptuous pass had already teed up Arturo Vidal for Barca’s second. He then drove home his second late on before sliding through Luis Suarez to make it five.

Yet in truth his two goals and two assists were just the start of it, the defining moments of another mesmeric all-round performance that was dotted with flicks, passes and dribbles, not to mention two humiliating nutmegs.

“I don’t know what more I can say,” said Barcelona coach Ernesto Valverde.

“There were wonders coming out of his foot,” said Valladolid’s Michel. “You can only applaud and enjoy it.”