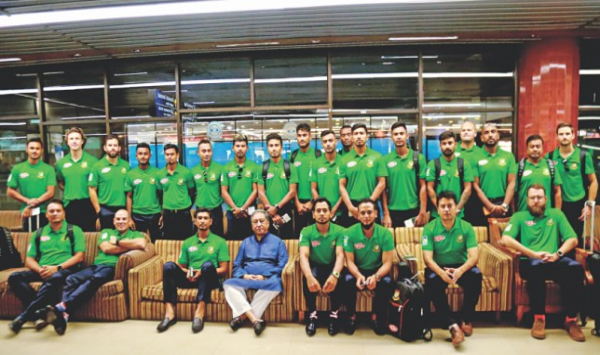 Tigers leave with prayers for Shakib

The Bangladesh T20I squad for the India tour, led by Mahmudullah Riyad, reached New Delhi at 5:00pm local time (5:30pm BST) yesterday, ahead of their first multi-format series against India in their backyard. The Tigers will play a three-match T20I series, starting from November 3, before playing a two-match Test series.

Prior to the crucial series, Bangladesh cricket was thrown into turmoil with a cricketers’ protest which left the series in jeopardy at one point. But what had happened on Tuesday -- premier all-rounder Shakib Al Hasan being banned by the ICC for two years, with one of those years suspended -- left everyone shocked.