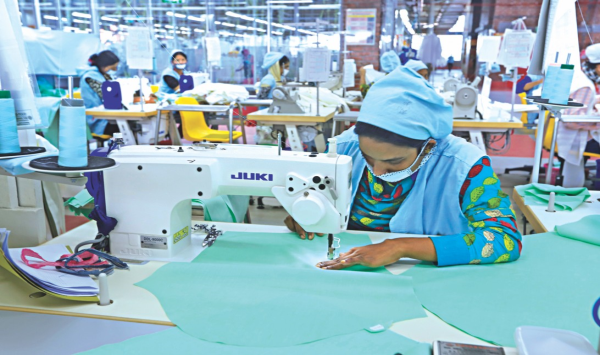 The evening’s crawling rush hour traffic came to a complete halt in Kazipara in Dhaka as hundreds of garments workers, most of whom are women, got out of their factories at the end of their shifts. Their relentless hard work, albeit often underappreciated in the views of many, brought $32.5 billion to the coffer in 2018 alone representing 83 percent of total export earnings of Bangladesh. RMG sector is by far the top foreign currency earner of the country and has immensely helped Bangladesh maintain an over 6 percent annual growth since 2011. Being the sector accountable for the country’s over four-fifths of foreign income, RMG’s future is strongly linked to the overall health of Bangladesh’s economy. To that end, RMG has done remarkably well so far. The country’s overall income and share in global clothes exports have increased slowly but steadily over the years. Its global share in apparel export has reached 6.3 percent in 2016, a net 3.3 percent increase from 2009. However, as the global fashion industry goes through a seismic shift, many predict the country’s RMG is in for a wild ride in the coming years.

The world is spinning faster by the day. We live in a world where its largest taxi company doesn’t have a taxi of its own or its largest hotel company doesn’t have a hotel of its own. People’s tastes are rapidly changing, perceptions are evolving, and methods of availing products and services are shifting. In the process, the established old consumer norms are getting replaced by new alternatives.