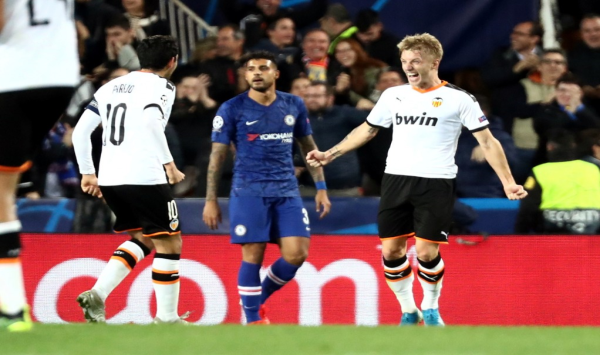 A freak goal from Valencia's Daniel Wass earned the Spanish side a 2-2 draw in an epic encounter against England's Chelsea on Wednesday that left both sides waiting to book their place in the Champions League's knockout stage.

Valencia, who missed a glut of chances, had taken the lead through Carlos Soler but goals from Mateo Kovacic and Christian Pulisic flipped the match on its head.

The Spaniards missed a penalty through Dani Parejo, but drew level late on when Wass netted a remarkable effort, shaping to centre before finding the net with a finish across goal.